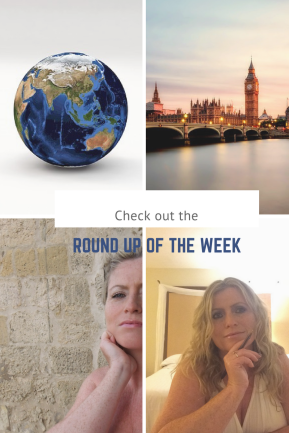 Five rescue helicopters were sent to a mountain range in the Austrian Alps when a group of six climbers appear to have fallen together, five of whom were tragically killed and the other seriously injured. The injured person was flown 80km away to Salzburg hospital.

Me: My thoughts and prayers go out to the survivor and to the families of the deceased.

Notting Hill Carnival have released Doves as a tribute to those who died in the Grenfell Tower and the opening ceremony saw the single Bridge Over Troubled Water performed. This is the 51st Notting Hill Carnival and at 15:00 the sound systems were turned off for a minute’s silence.

Me: A beautiful tribute by the community for the tragic loss of so many people.

What a week! I’ve had a lovely week off on annual leave and have managed to get a lot done during that time at home and then on Friday I travelled to Doncaster where I met up with my friend Su (Aka Rose English). Su’s lovely sister Sandra put me up in her beautiful home for the weekend with her two adorable new kittens. Friday night we went for an Italian and then Su and I went to visit her mum Sheila who is real treasure.

On Saturday Su and I drove to Bradford for the second UK Indie Lit Festival which was held in Kala Sangam and I’ve heard that our visitors were in the region of 300 people. This achievement is down to the hard work and tenacity of Dawn Singh who was helped by some other amazing people and an Indie Army. This day wasn’t a fabulous day for me for selling copies of my books but it was an amazing day where I was able to catch up with friends, make new ones and enjoy the buzz created for the day. I later found out that one of our avid readers had our books adorning her nails – shout out to Rainne Atkins.

Later that night Su, Sandra and I settled down to watch Beauty and the Beast film eating Chinese and drinking Rose wine. What a lovely day.

Sunday I caught the 10.36 train from Doncaster and had the pleasure of sitting at a table with a lovely young boy, eight-year-old Thomas and his father Stephen. The plan had been to write but I was swept up by this young boy who was so friendly and delightful – until the sugar rush kicked in – no seriously he was a bright boy and it made my journey so much more pleasurable. After finding out that I write, Thomas asked me if I write for children when I said no he asked me if I would because he wanted to read one of my books. His other option was that he would read A Boy from the Streets when he’s an adult. I wish the world was made up of more charming eight-year-olds.

As mentioned above I have been to an Indie Book Festival where I sold a couple of books and had a blast. This week has been spent formatting and doing the last proofread for Is this Love? and I have also posted a picture of the new cover which I am incredibly happy with. 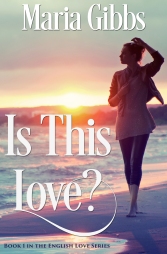 Congratulations to Beverley Ann Hopper who is the winner of the August newsletter e-book prize and will be getting a copy of Crimson Moon by Sherri A Wingler. A fantastic read. 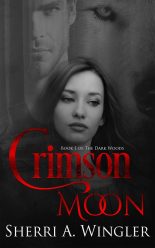 2 thoughts on “Round up of the Week”