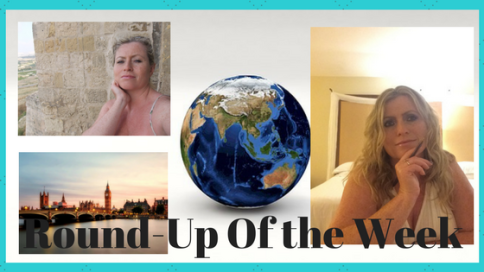 News from around the world

Large bushfire hits Australia, hundreds of firefighters are tackling a blaze that has reportedly affected homes in the southern suburbs of Sydney. Some residents have been instructed to seek shelter as evacuation is now too dangerous. The fire service is concerned that flying embers could spark new blazes ahead of the advancing fire front.

A man has died in hospital, just two days after a suspected hit-and-run in Cricklewood Broadway on Wednesday 5am. The police are appealing for any information about what happened to the 67-year-old.

I’ve been off work all week with what started out as a viral infection in my throat and progressed to a bacterial infection, so I have spent the week relaxing. My sister and niece came over on Saturday and we went for a meal with Mum and Dad although the exertion did take it out of me!

Sins of the Father came back from the editor and I’m working on the edits. I also typed up the beginning of book three which has a working name of ‘The other side of the Streets.’ I also typed up a children’s book which I wrote a while back, ‘When Tommy Tiger Lost his Stripes.’